Data Recovery for the following wise

Making backup copies of their data is a good way to protect yourself against loss if the hardware fails or you accidentally delete the wrong files. However, if we got into a situation where you do not have a backup to fall back on, the next step is to try to restore data using various recovery tools. 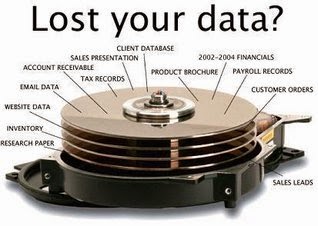 Both versions of the tool promises to be completely safe to use even when it breaks down when they are only trying to read the data in order to store it on other devices.

Five file system is supported for the Mac in the form of HFS, HFS +, HFSX and HFS Wrapper. The Windows version supports the barrel and ntfs partitions.

The Windows version is the possibility to recover data even after the drive has been formatted and a new operating system installed. Then can also recover files deleted from the Recycle Bin.

Stellar Phoenix Machintosh Data Recovery for Mac is available through the manufacturer's website and costs $ 129, equivalent to just under 1100 crowns. For those who just want to try the tool first is a demo version. System requirements are Mac OS X 10.3.9 or later.

Stellar Phoenix Windows Data Recovery for Windows costs a little less, $ 99, or about 820 dollars and requires Windows XP or later. Even in that case there is a demo version available.

The data recovery tool is also available for systems based on operational platforms such as Linux, Novell and Unix but costs, with the exception of Linux, much more money.
Posted by Bu Rosa at 7:35 PM No comments: